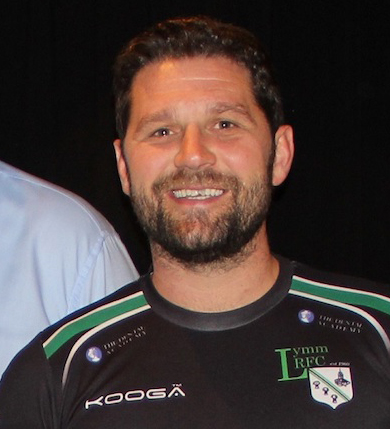 Q: It’s been an interesting and entertaining season, how, as DoR, would you summarise this?

A: I’d agree with you completely. I think we have entertained on a regular basis with our style of play and I believe the league has been super interesting due to there being no runaway leader.

Obviously Covid 19 has ended the season prematurely and rightly so but it has brought a very interesting end to the season. Who knows who would have won the league if Covid 19 never happened? Congratulations to Blaydon & Harrogate in promotion and hard lines to the relegated clubs.

Q: In such a tough league to finish 7th is quite an achievement. Does it illustrate where we are adequately or are you frustrated it could have been higher?

A: After the issues we had last season I’d say my overriding feeling is happy with slight frustration. The top 5 finished well ahead of the chasing pack but if we could have turned a couple of our tough loses, Blaydon and Alnwick spring to mind, into wins we would have been a lot closer.

Q: How do you feel about the season finishing early due to COVID-19?

A: We all wanted the season to end after 26 games but 100% this was the only decision that could have been made. This virus is so much bigger than any rugby game.

Q: What have been the best/stand out performances of the season and why?

A: Harrogate (a) – To play with 14 men for 60 minutes in heavy conditions against a good side is tough. Our defence and attitude that day was outstanding. We actually were unlucky not to win the game.

Billingham (h) – Great win. Billingham were top of the league when they visited us. Cormac Nolan kicked superbly well and our game plan worked a treat.

Blaydon (h) – Storm Dennis (or was it storm Ciara) – what a game of rugby in horrendous conditions. I still can’t believe we lost that game. Fair play to Blaydon but we definitely threw it away.

Q: Similarly, we had some unexpected losses also, the final game away against Kirkby Lonsdale and Morpeth earlier being cases in point. Any comments on loss of form occasionally through the season?

A: Like every team in the league injuries and unavailability hurt. We didn’t pick the same team once in consecutive weeks. When we have our strongest squad out we can match anyone in the league but throw in the above and it has an impact. The distance we travelled this season also impacted some of our performances. We definitely lacked a little consistency.

Q: Do you agree we are becoming a Home Team, as has been mooted, due to the AGP, struggling to adjust to grass pitches away from home?

A: We are obviously enjoying the AGP as it suits our style of play. We have learnt a lot over the past 6 months re: the AGP. Playing on a heavy pitch after training all week on the AGP is tough. We will be looking at how we prepare for playing away from home in the winter months. We might have to find some mud to roll about in on a Thursday night.

Q: Where do you feel the squad has improved as the season has progressed?

A: We are young team with a hell of a lot of enthusiasm, but on the flip side we probably lack a little bit of experience. As the season went on it was so pleasing to see the young squad become more and more confident in their ability.

Our defence was lacking a bit of bite in the first 6 weeks. The boys recognised this and worked hard to put this right and it was really pleasing to see our defence improve as the season went on.

Our strength is depth has massively improved over the past 12 months. The 2s have had a wonderful season in the Cotton Traders Premiership. We actually sat top of the league when the league called it a day, a fantastic result against some top teams!

Q: Are there any key frustrations you would care to share with us?

A: Obviously there is always frustration, it’s part of the role. Probably the main one was the amount of yellow cards we collected this season. It made some games very hard to win.

Q: On the spot now, who have been your back, forward and player of the season – three players I would suggest, and why?

A: I’ll leave this question as we’re holding a Virtual Awards Night soon so everyone will find out then.

Q: Which players do you think have improved as the season has progressed, and are showing great potential? Who do we need to keep an eye on next season?

A: James Lewis made a great impression before injury struck, Josh Hadland was having a great end to the season, Joe Senior was getting better and better before heading off to NZ and James Yates was having a really good season.

We have some really talented boys that are coming through the club and making a mark on the senior squad. Keep an eye out for Sam Dickenson and Nonso Agina – 2nd row from the Colts.

Also it will be nice to see Campbell Thomson after a full pre-season.

Q: Are there any key improvements/innovations you are planning next season, or in the build-up to it?

A: We will definitely be looking to tweak a few things. We are currently gathering feedback from the players and as a coaching team reviewing the season. Once we have all the information we will put our plan together. Our philosophy remains the same so expect to see us continue to move the ball.

One area we will be focusing on is our clinical edge in the oppositions 22. We left too many points out there this season.

Q: What is your view on clubs who pay players at this level? How do you see that panning out over the next few seasons?

A: Really doesn’t bother me. If teams want to pay or are happy to pay players that’s fine by me. The landscape may change due to what we are going through currently but who knows.

Q: We seem to have reduced our away game mileage next season, with Burnage, Northwich and York are all promoted to our league and Otley and Preston Horsecrappers relegated into Level 5. How do you think we are placed for the 20/21 season? What do you see in your crystal ball?

A: Looking forward to some great local derbies and quite happy our mileage for away trips is shortening.

I think Blackburn, Sandal, Billingham and Macc will be competing near the top. I have no idea what the new clubs will bring but I imagine they will all be competitive, especially at home.

Q: I speak for all your supporters when I say in every game there have been moments to enjoy and be thrilled by, even if you don’t always win. It has been a real pleasure watching such an exciting approach, clearly your playing philosophy. In conclusion, what would you like to say to your supporters, the membership as a whole and the M&J’s and Colts divisions?

A: First of all I want to say I hope everyone is healthy and keeping safe. It’s scary times at the moment so let’s keep positive and following the guidelines set by the government. We love representing Lymm Rugby Club and feel proud that our loyal supporters follow us all over the North of England. We have great volunteers who put a lot of time and effort into the boys being able to take to the field.

M&J’s & Colts are the heartbeat of our club. I am extremely lucky to have such an amazing section working tirelessly to produce players for the future.

A few special mentions to finish with, Pete Millerchip for doing a brilliant job with the 2s, Jimmy Borthwick for running touch every week, David (Simpo) Simpson for pushing the colts in the right direction, Dave Linton for taking me out of my comfort zone and changing match day experiences, and the ground staff for being relentless in preparing our pitches.

See you all next season!