Johnny Leota, 37, a Samoan international rugby union player who was in the squad for the 2011 and 2015 Rugby World Cups, recently joined Lymm RFC, having played in the centre for Sale Sharks in the Aviva Premiership.

Leota was born in Palmerston North, New Zealand and made his international debut for Samoa in 2011, winning 20 caps.

He previously played for Manawatu Turbos in New Zealand and had a breakthrough season with Dunedin-based Highlanders Super 14 squad after a stunning 2007 season. He was then offered a contract with the West Tigers in NRL (National Rugby League) but chose to stay with the Highlanders Rugby Union team.

Leota was then one of 25 players selected in the squad for the Samoan national team‘s 2011 Pacific Nations Cup campaign, in the lead up to the 2011 Rugby World Cup. He made his international debut against Tonga but Samoa went out of the RWC in the quarter-final, losing to Wales 17-10.

In August 2011, Leota moved to England when he signed for Sale Sharks, after the Rugby World Cup. After a successful spell he left Sharks at the conclusion of the 2018-19 season and then played for Sale FC for a couple of seasons.

‘His link to Lymm was initially through Curtis Langdon, Lymm’s forwards coach, when they played together at Sharks. They both now coach at Sale Academy, which is where he also met Lymm centre Ben Stansfield,’ commented Adam Fletcher, head coach at Lymm RFC.

‘Johnny got the bug back for playing and wanted to play for a local amateur club,’ added Fletcher.

‘He’s made a great impression both off and on the pitch at Lymm,’ said Adam. ‘We feel very grateful to have someone of Johnny’s quality and experience at the club. All the boys are excited to be on the pitch with him and the backs are already benefiting from being around him at training.’

‘Unfortunately, he broke his hand recently so will be out of action for a few weeks,’ commented Fletcher. ‘But we are delighted to have him and have welcomed him with open arms,’ concluded Adam.

Picture captions:
1. Johhny Leota being capped for Samoa.
2. Leota playing for Sale Sharks.
3. Leota playing against Japan in the Rugby World Cup in 2015. 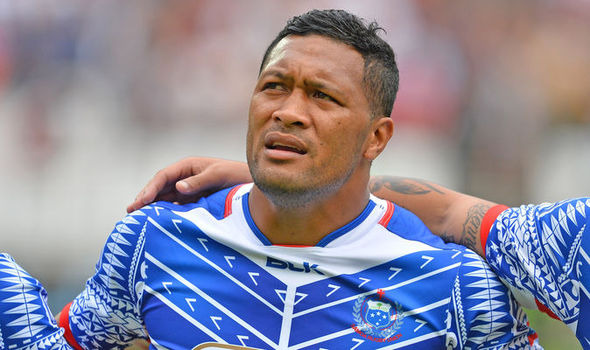 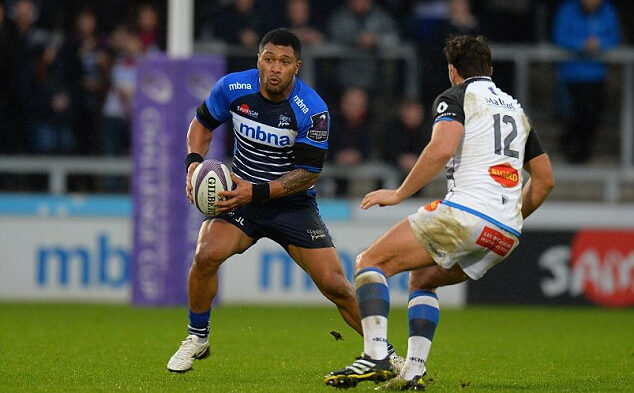 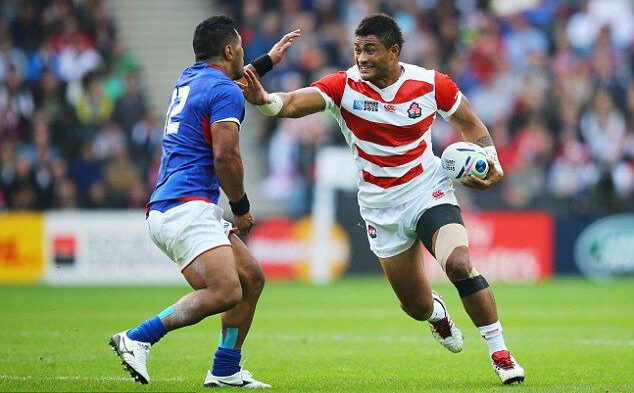