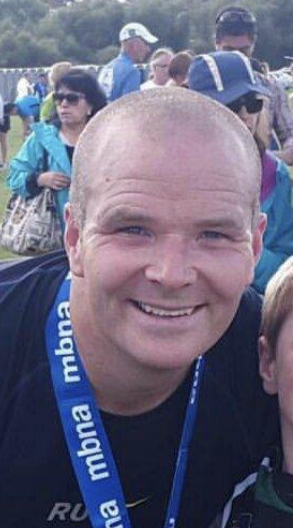 It is with the heaviest of hearts that we have to report the death of Adam Cox, one of Lymm Rugby Club’s finest ever characters.

Adam was surrounded by his family as he passed away peacefully on Wednesday the 14th of August.

Our sincere condolences go to his wife Steph, his children Joshua and Charlotte and to the rest of his loving family.

Affectionately known as ‘Beef’, Adam was a Lymm Rugby Club life timer. He began playing in the minis and juniors and continued to impress throughout the age levels. He was eventually selected to play for the First team before becoming an ever-present in the side for many years. Not only did he help the club gain promotion in 2010 but he was also one of the senior members of Lymm High School’s unbeaten tour of Canada and on their journey to the Daily Mail Vase final at Twickenham in 2000. After retiring from the game, he continued to help the Lymm cause by coaching his son’s side and nurturing the talent of the future.

Adam was one of the most honest, kind and genuine characters that you could ever wish to meet, and it came as no surprise when he found his calling as a Police Officer. He joined the Merseyside Police Force where his courage, hard work and infectious personality gained recognition immediately. The emotional messages received from his colleagues demonstrates the huge love and respect that the Force has for one of Lymm’s favourite sons.

Adam’s funeral will take place on Thursday 29th August at 11.30am at St Wilfrids Church in Grappenhall followed by a wake at Lymm Golf Club. Everyone who wants to and is able to join us to celebrate Adams life are most welcome.