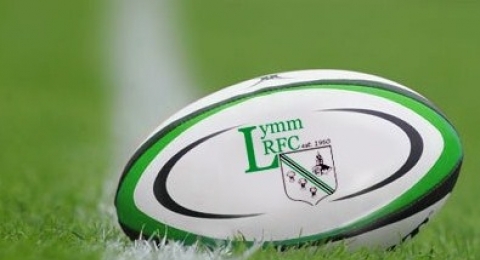 Ali Sutherland, is a Personal Trainer at the Alive & Well fitness centre and gym in Birchwood Park.

Since moving into the area, he has settled in well at Lymm and is a well respected First XV back row player. This is his 3rd season at the club and he has recently been presented with an Outstanding Contribution to the Club award.

John Cartwright – Chairman of Lymm RFC commented. “Ali has significantly improved the condition of the Rugby Club gym, which has created a space to be proud of and a much safer environment in which to undertake weight training and general static fitness exercises. As a user of the gym, his commitment and hard work has vastly improved this space.”

The Citation reads as follows.

It was noted at last week’s meeting of the Club’s Executive that you have spent a lot of your own time getting the Weights Room/Gym tidied and properly organised. The Exec is keen to recognise the efforts of members to support the Club and wishes to place on record its thanks to you, not just for your hard work, but also for the high standards you have adopted.

As a Club we strive to add value and quality in all of our development plans and day-to-day operations. It is clear that you have this ethos in your approach and I’m sure the Club and players are going to benefit from the improvements you have made.