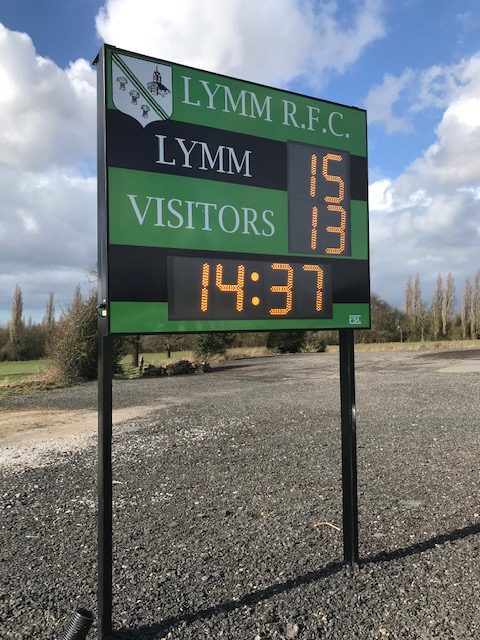 With both sides missing their Sharks Academy players due to an Academy game, the Junior Colts faced the newly crowned League Champions – Warrington, in the League Cup quarter final. This was the third meeting this season, with one win a piece in the league. Warrington only lost one league game and that was to Lymm-AoM. So, congratulations to Warrington.

Warrington went in to an early 5-0 lead before Tom Hudson had a 40m try ruled out for a foot in touch, But Lymm-AoM scored from the resulting pressure when Dec Hodson, one of 3 under 16s playing up admirably, went over with No. 8 Ben Polec (who said forwards shouldn’t kick), converting to lead 7-5 which was the score at half-time.

Warrington were first on the score sheet in the 2nd half with a penalty to lead 8-7 before a period of indiscipline reduced them to 13 men for a period due to a yellow and a red card.  The resulting penalty made it 10-8 to Lymm-AoM.

Lymm-AoM eventually worked out how to make their numerical advantage pay and moved the ball wide for Dec Hodson to score his second of the day to lead 15-8 as the conversion was missed.

Warrington fought back with a try which if converted, into the wind, would take them through under the converted try count-back under league cup rules. The conversion was missed to leave the score 15-13. Then, Warrington had the chance to win the game outright, with what looked to be a kickable penalty but the kick hung up in the wind.

Lymm-AoM had a final attack and scrum-half Louis Gingell looked to have sealed the win when the ball appeared to be out of the opposition 5m scrum and he nipped round and scored only to see the try disallowed for an apparent knock-on.

The Full-time whistle went and Lymm-AoM had emerged victorious 15-13 and are through to the Semi-Final of the league cup.

Next week sees the junior colts play Bowdon away in the Cheshire Cup Semi-Final 12.30pm KO.

At the start of the season, the Lymm U’17’s Colts had a small squad, which with inevitable injuries happening, would have probably seen them withdrawing from the league. Ashton 0n Mersey (AoM) U’17’s were in a similar situation. So, both teams decided to merge their squads to ensure all their players could continue enjoying playing rugby. We must congratulate the parents and players from both clubs for making this happen. In particular the Coaches, headed up by David Simpson and Team Manager, Stewart Williams, for their commitment and work in developing this group of players. 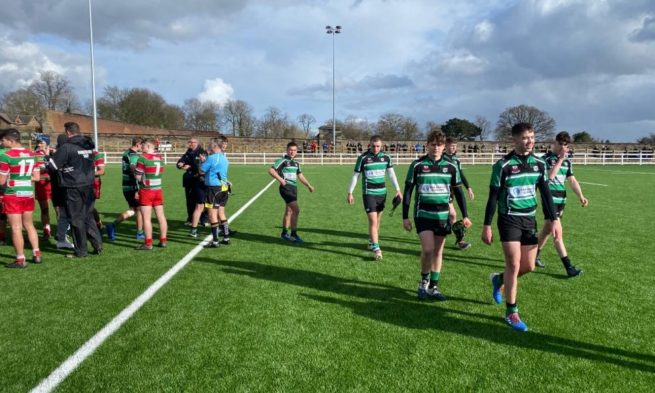