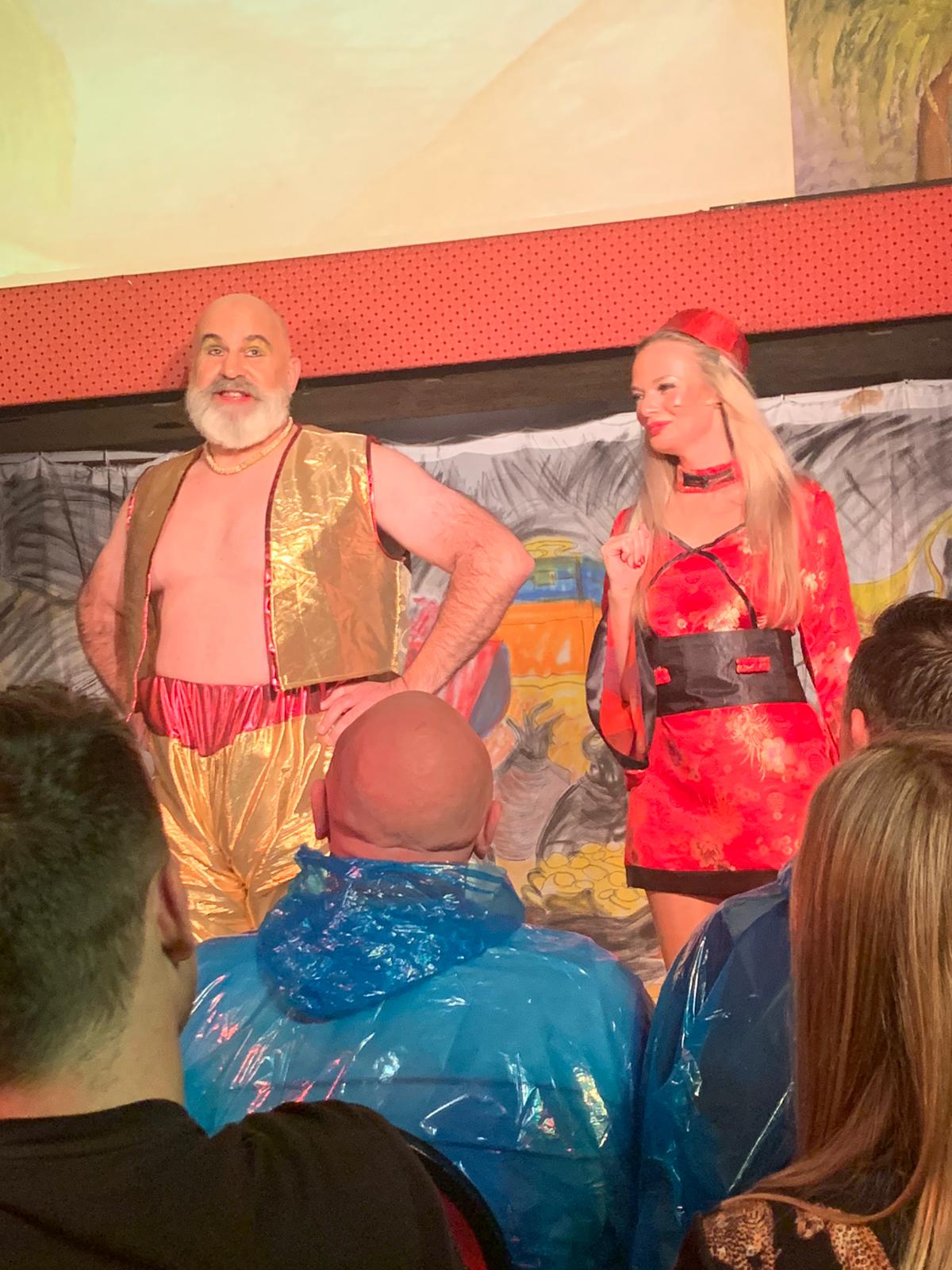 Running for nine shows over three weekends, the cast and crew gave it their all, entertaining a total audience of 900, and resulting in a show that has been widely acclaimed as one of the best yet.

‘We restricted numbers due to Covid protocols and audience members all had designated seats,’ commented Panto Impresario Simon Plumb. ‘This worked really well and we’ll be using this system in future, but with slightly larger audiences hopefully.’

‘The audience response has been overwhelming and we seem to have a hit on our hands. I am constantly being asked how we performed the flying carpet scene,’ he noted dryly.

‘It is a massive team effort from the Rugby Club and I would like to thank all involved, including the local business community who donated raffle prizes and advertised in the Panto programme. We are already planning the ‘Wizard of Oz’ for next year so watch this space,’ concluded Simon.

Picture caption: Paul Rigby as the Genie and Hayley Cornelia as Aladdin