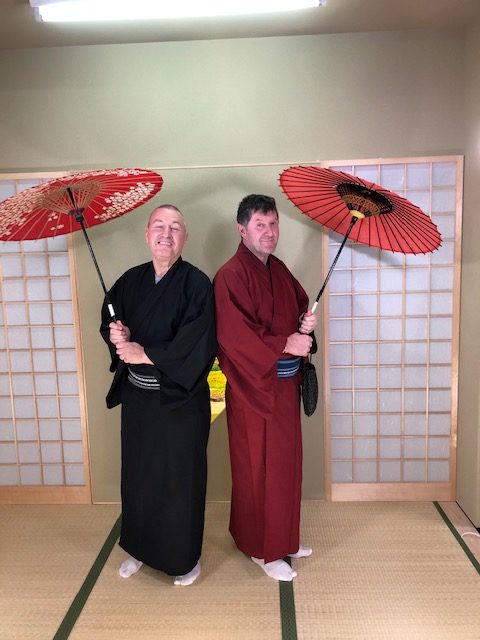 The World Cup in Japan has proved a great success with full stadiums , enthusiastic home support and the most friendly people as hosts

A number of Rugby Club members , Neil Kelly, Mal Pritchard , Andy Leach , David Simpson and their families had the opportunity  to experience life in Japan over the last few weeks, from the highs of the semi-final to the disappointment against South Africa. From sushi to saki and a bit of Geisha thrown in, a good time was had by all.

At home the rugby club was full to brimming with over 100 breakfasts and bacon barms  distributed within the 20 minutes at half time . A huge than you to Rick Condo and his team for a terrific breakfast spread.

A brave club member and  South African, Gavin Segal and his son Dan,  arrived in his South African shirt and flag . One of few members to leave with a smile .

The sweepstake was won by Marie Schroeder and Hilary Turner, the only 2 to guess for a South African win.

With a new set of England regalia adorning the clubhouse, it will be in full use again for the 6 nations. 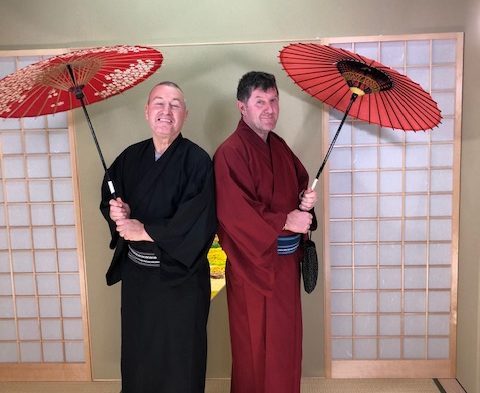 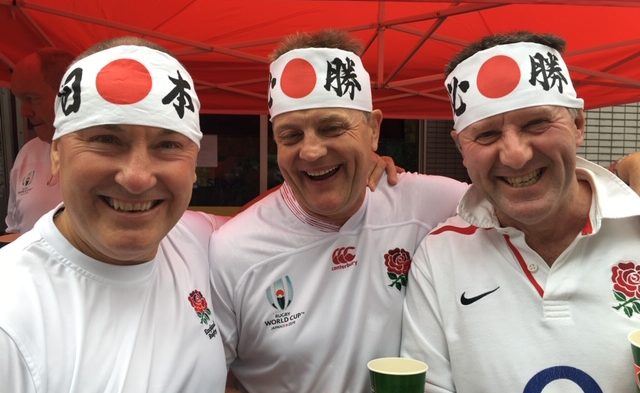 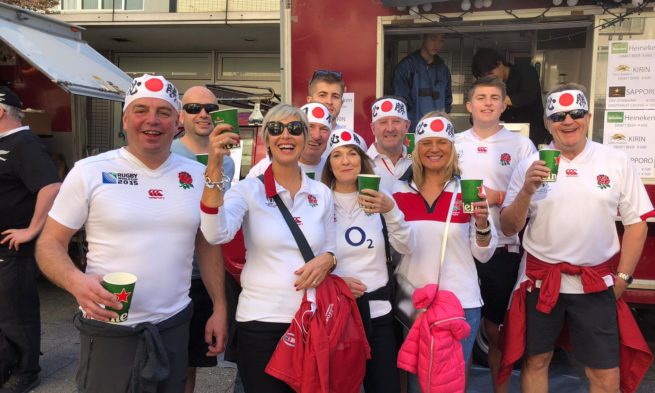 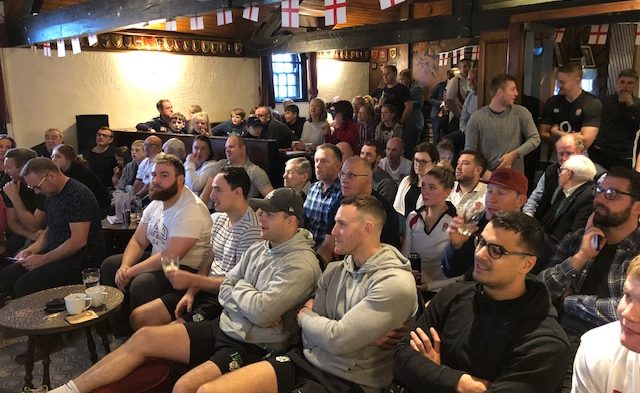