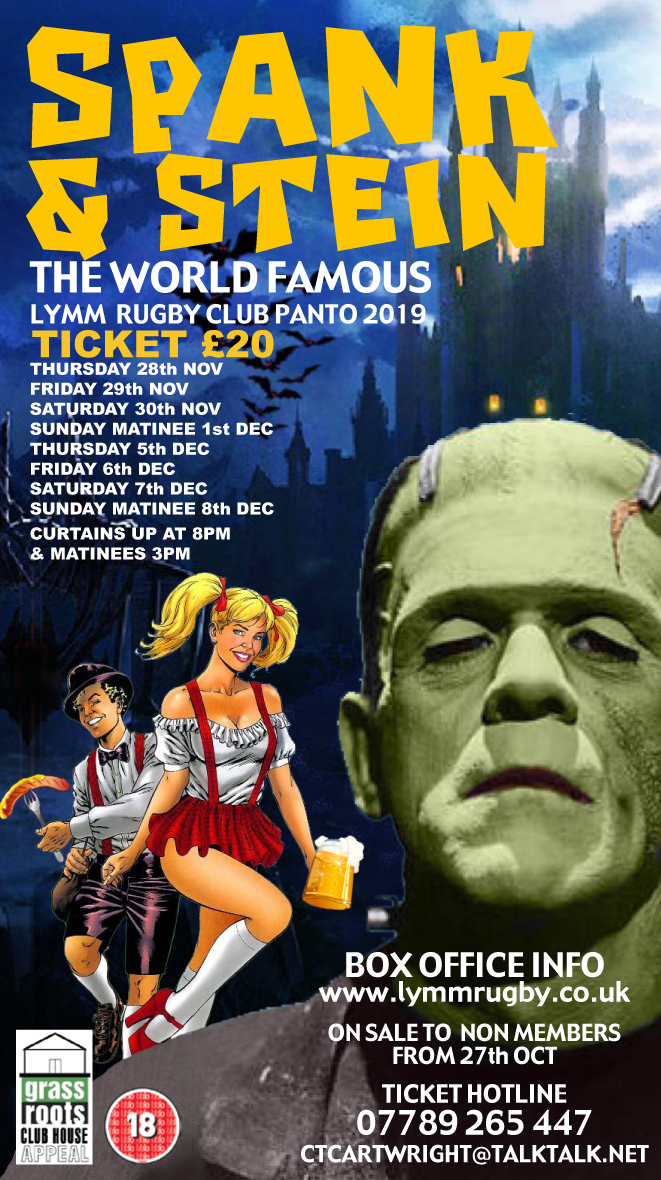 In what is billed as a night of ‘Lederhosen and Lager’, the Lymm Panto troupe is busy rehearsing for their version of Mary Shelley’s horror story ‘Frankenstein’.

Entitled ‘Spank & Stein’, Bavarian thigh slapping and yodelling are just two of the features the audience can look forward to at Lymm Rugby Club, for the annual laughter-fest which commences on Thursday 28 November, and will run for eight nights over two weekends.

Producer and writer Simon Plumb is looking forward to the run:

‘The Lymm Panto is in its 33rd consecutive year so we have certain traditions to uphold. A night of constant laughter is promised along with loads of audience participation. Communal singing is also compulsory so we are teaching everyone to yodel this year. Drinking lager is optional, but we are in for a superb night of entertainment, yet again, trust me!”

Tickets go on sale to club members at 2pm on Saturday 12th October at the Club and all proceeds will go to the Lymm Grass Roots Clubhouse Appeal. For tickets at £20, please contact Colette Cartwright as detailed.

Tickets for later dates will be available on the website once they are released for sale. 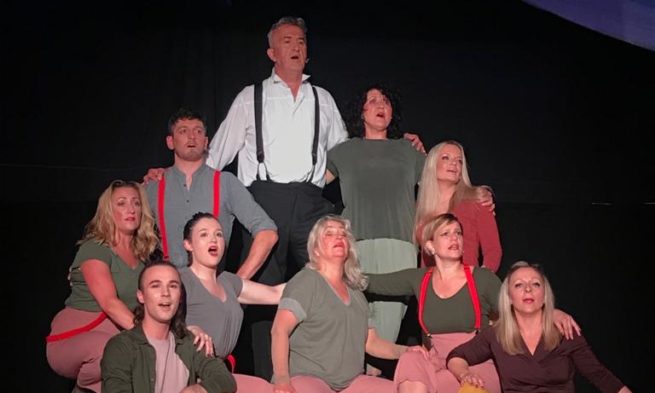 Simon Plumb, the worst ventriloquist in the world, and Charlie (Charlie is on the left) 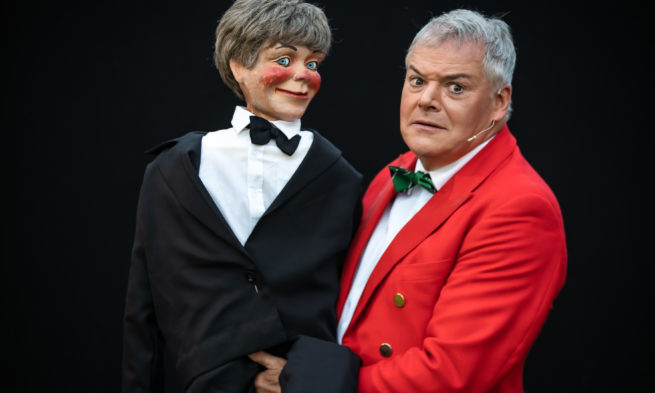