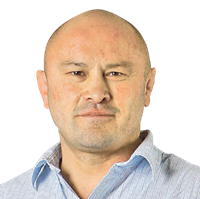 As part of our feature ‘The Need for Change!’, running this week on the website, in support of non-payment of players at grass roots level, this article was written by Brian Moore back in 2012.

Here is a plea to the Rugby Football Union to consider an area of the game that, though it forms the vast majority of English rugby, is hardly featured in any newspaper columns or in the mainstream media.… junior clubs.

Having visited numerous such clubs over the past year, they all report pressure on playing numbers and in attracting volunteers. The number of teams run by junior clubs is, in many cases, much reduced with some clubs who used to turn out six or seven teams now running only three. Some of this is due to the economy and competition from other sports but some is due to paying players.

Professional rugby has called for a review of its relationship to the England international team. When this happens they must also consider payment of players in a wider context; one that does not help English rugby and is becoming an increasing threat to the existence of some junior clubs and putting unwarranted pressure on many others.

There are three levels at which payment for playing and training are made. The first two are the fully professional Premiership and the semi-professional Championship and some of the clubs in National Leagues One and Two.

The third is more difficult to define because it is a collection of disparate clubs in the several leagues below the above. They do not pay players enough to be properly classed semi-professional but the money they do pay has a greater effect than that spent in the top flight.

The following example is typical of what is going on all over the country.

In an area that has say seven junior clubs, one club wanting to attract the best local talent pay their squad £50 per week. This is not life changing, but in less affluent areas the extra income is enough to attract players from other local clubs. Though individually the sum seems small, when you multiply it by 30 for the squad and then 24 weeks you have £36,000 to find before any of the club’s other operating costs.

A club paying at this level either have to have a significantly profitable membership or bar, if not they have to have a benefactor and this is the norm where such money is involved.

What this does is create pressure on other clubs to match this spending or lose players. Some, wisely resist the temptation; others do not. These have to also spend to gain parity and would never have done so had they not been effectively coerced.

Once a club start paying they are set on a course that often ends badly. At first they may be the only club in their league who pay but as they get promoted the number of paying clubs rises as do the amounts paid. At £150 per week per player, they now need more than £100,000 per season before any other outgoings.

Clubs rise according to the level of payment they make but at some point they get promoted to a league which is too high. That season they lose most of their games and see their best players poached by other clubs. Meanwhile a lot of their infrastructure, that used to be amateur, has left because they do not see why they should work for nothing. Subsequent demotion can spiral out of control and end up threatening the club’s existence.

Another unwelcome effect of payment at this level is that it changes the relationship between player and club. This is the level at which the reality is that clubs are social centres, providing somewhere for players to play and enjoy the company of team-mates and opposing teams. However, seriously they take themselves they should not be places where the JF Kennedy axiom is reversed — where players ask what the club can do for them; not what they can do for their club.

None of this produces players for England or the Premiership. If these players were any good they would be in the top four divisions already. They do not deserve to be paid because they are actually not very good.

The RFU should decide in what leagues payment can be made and ban payment of players otherwise. Even if a club are able to find the necessary cash, at this level it should be spent on facilities, developing women’s, youth and mini-rugby and the necessary coaching structures. That way the club grow and the real spirit of rugby thrives.

A club’s membership of the Union should require disclosure of their books to the Inland Revenue. This way the RFU can ensure the game has a home for those players who want and deserve to be paid and the rest play for enjoyment.

Brian Moore was on the ‘Payment of Players’ group that I was fortunate enough to be invited to represent our level of rugby, 5 years ago – if my memory serves me correctly.

He held these strong views then and was extremely vocal about the impact on the grass roots game. He was also very pissed off when the direction of travel ended up with fixed caps for payment of players and not a total ban.

At the time, the voice of a small few who could afford to pay players, or thought they could, drowned out the rest. The RFU capitulated to these voices.

We should respond to this, at least in support of Brian’s view – post Covid-19 and a plan for moving out of lockdown may require/enable a more formal move towards the principles that we all believe are critical for the sustainability of Grass Roots Rugby.

Lymm RFC has been radical, unlike many clubs at or around our level by not paying players  and instead investing in infrastructure thus giving players of all age and abilities a good rugby experience.

Think where we were  just over a  decade ago, one massively overused pitch and playing at remote pitches miles away (Sow Brook and Appleton Thorn).

Whilst others paid players we were radical enough to resist that trend.

Adherence to our philosophy has been rewarded by the RFU with their support for development of our new pitches (10acres) and most recently the AGP. A model that other clubs could follow.