From Lymm to Toronto and back again! 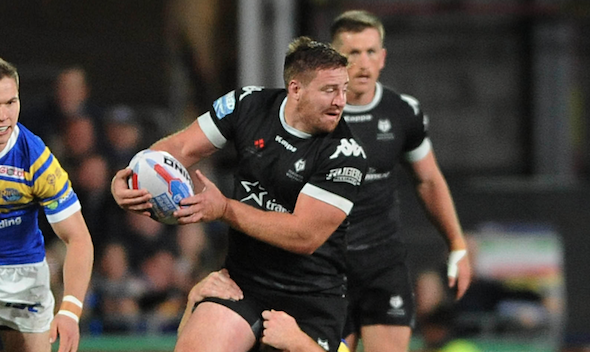 Lymm RFC is delighted to announce that former Wales Rugby League International and Super League player, Jake Emmitt will return to the club for the 2020/21 season.

Twelve years after his last appearance in a Lymm shirt, and following a stellar career in rugby league where he had successful stints at St Helens, Castleford, Salford, Leigh and more recently the Toronto Wolfpack, Emmitt is excited to bring his experience and leadership to the squad. Having trained with the squad during last season before heading out to play season with Carcassonne, Jake was impressed with the youth, enthusiasm and professional attitude on display and committed to a return to the club that gave him his senior rugby debut. A product of Lymm High School, Jake adds yet another member of the squad born and raised through the Lymm rugby environment, and it speaks volumes that, having experienced so much success throughout his professional career, he is keen to finish playing back at Lymm RFC.

Director of Rugby, Adam Fletcher is excited by Emmitt’s signing, “I actually played with Jake when he made his debut for Lymm back in 2007/2008. He was always destined to have a great career in rugby league. I am extremely happy that Jake wants to return to Lymm to play this season. His experience at the top level and his dedication to his trade will be a huge asset to the young lads coming through the club.”

Despite the obvious challenges and unknowns for the coming season Lymm RFC are planning for the season as normal. We are always on the lookout for new players and members, if you are interested in joining the club then feel free to get in touch with Adam Fletcher at DoRLymmRugby@outlook.com