Seven and Counting – The Junior Colts Go On Tour 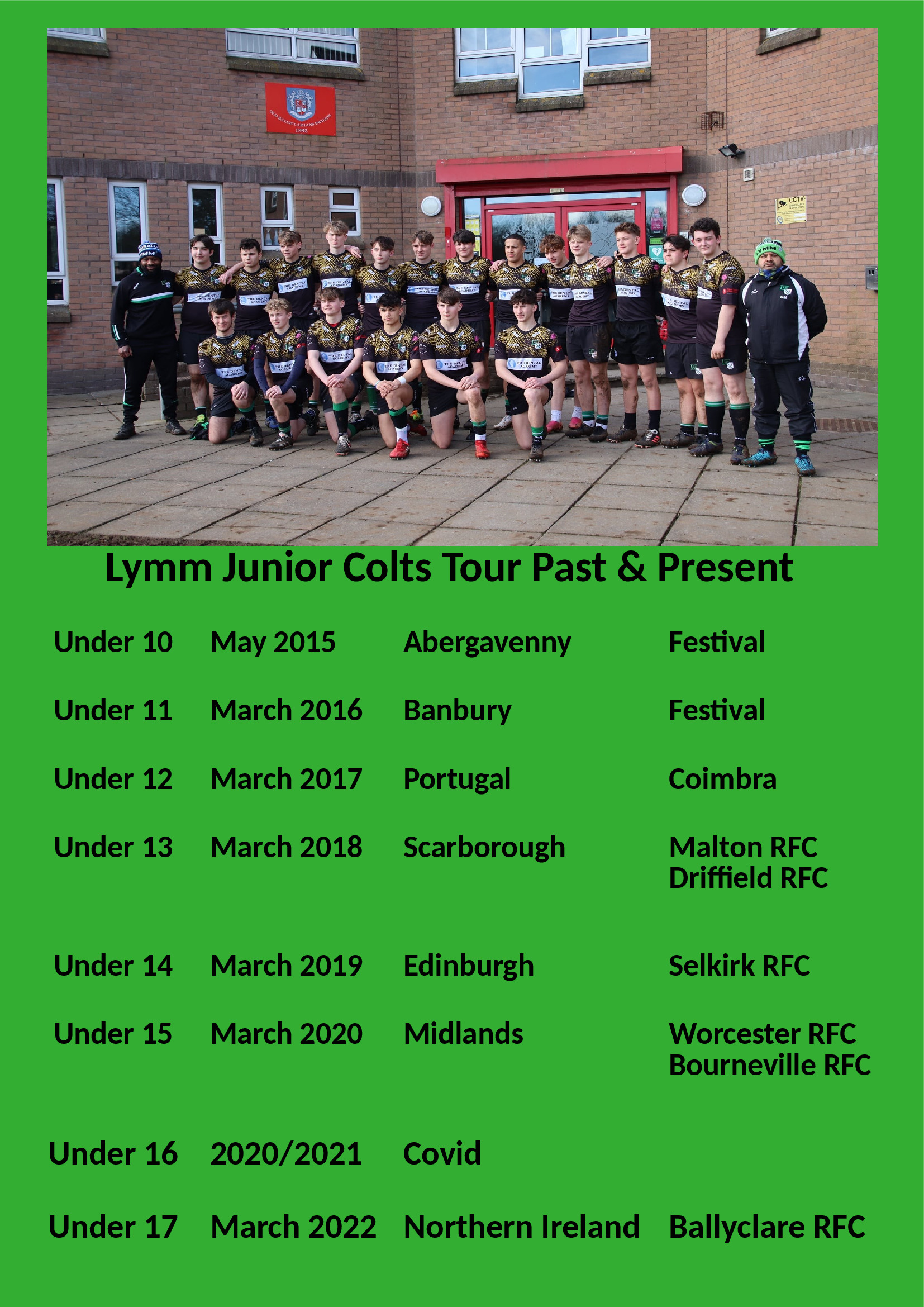 “Come on. Get up, shower and dress its 3am, we have a coach to catch” that was the cry in 22 households as the Junior Colts embarked on their 7th Rugby Tour since being Under 10’s.

An hour later 22 colts including 2 Under 16’s, 14 dads and 2 mums (acting as Loco Parentis) sat on a coach outside the clubhouse about to set off on a 5 hour coach trip to Stranraer and a ferry crossing over to Belfast.

As the parents settled into their seats to hopefully fall back into a dream filled slumber, the lads had other ideas as the infamous ‘Ryan’s Boom box’ (it is big) was fired up and 5 hours of Drum and Bass with a bit of Rap thrown in began. The only break being the stop for breakfast at Tebay services.

Eventually Stranraer was reached and whilst the parents enjoyed the peace and quiet of the lounge and bar, the lads explored the Freight Drivers lounge and cinema, whilst the 20 mile journey across the Irish Sea was made.

Arrival into Belfast and a quick 25 minute journey took everyone to the hotel where the parents searched for copious amounts of Paracetamol before taking a well-earned rest and refresh. The lads meanwhile got down to the number one priority as to whose room will be for hanging out.

After everyone had recovered from the journey it was back on the coach and off to the Kingspan Stadium for food and refreshment before settling down to watch a cracking game of rugby between Ulster v Cardiff Blues. Willis, the Junior Colt Head Coach, sat with fingers crossed that the structured play and creative moves were being fully observed and remembered by the lads ready to be performed in their game scheduled for tomorrow!!!

End of game and back to the hotel to unwind and get an early night to be rested for the morning. It is believed everyone was in bed (at least) by 3am.

As one lad put it ‘Friday felt like 3 days’.

8am and believe it or not nearly everyone is up and having breakfast, the parents to soak up the fluid from the night before, the lads to take on energy carbs, before setting off for Ballyclare Rugby Club who were to be our hosts for the day and whose combined U18/U16 would provide our fixture opposition. Upon arrival we were warmly greeted and welcomed by former club President David Campbell, current President Mark McCalmont and Under 18 Head Coach Peter Duncan.

11am and Willis names the starting 15:

As the lads begin their warmup, suddenly the site of the opposition raised a few alarm bells, there are a few big units in the team, who look up for a tough contest. Our lads have had minimal sleep, this could go badly.

Well maybe we have found the perfect pre-game ritual for future use and maybe they did learn from the previous night’s game because everything clicked and our possession game coupled with our fast ball moving resulted in a 67 – 0 victory. Try Scorers: Ben x 3 (voted MOM), Alex, Jacob plus 6 conversions, Etienne x2, Kurtis, Nathan x 2 and Isaac.

As is the spirit of our great game and the wonderful reason for touring and meeting new friends. Back in the clubhouse for a meal and presentations and the lads from both teams are as one chatting and joking over their meals, the game forgotten.

The welcome and hospitality shown to us by Ballyclare was outstanding, accommodating us with the fixture and meal which was taken during the pre-1st team fixture hospitality meal. Their members, staff, players and coaches were a credit to the rugby family and we say thank you so much. An offer to Ballyclare to return the compliment at Lymm was made and although we may not get the chance to host them ourselves, we would recommend any other age group to reach out with an offer.

So post meal and after our farewells it was back on the coach and off to undertake the true sporting event of the tour – Lads v Mums & Dads at Pirate Crazy Golf. No one has any idea who won but the arguments among the Dads as to who came out on top went on for 2 days.

Back to the hotel shower and change then out for an amazing all you can eat round the world buffet, and safe to say all you can eat was taken literally by quite a few lads. The site of 22 lads who attend different schools, who with a few exceptions have been together for a good number of years (at least 5 since under 5’s) enjoying themselves as true friends is a pleasure to observe. This is the reason to tour, to form bonds which are difficult to achieve with just an hour’s training a week and 2 hours or so game time. Friendships which hopefully will last for years, long after many will have left Lymm for pastures further afield.

Finally it’s back to the hotel for a quiet relaxing night before making the return journey in the morning. Of course, that never happened. The rest of the night was made up of presentations and the lads being involved in some bizarre forfeiting ritual which involved some very odd clothing – ‘what goes on tour, stays on tour’

And so Sunday arrived and the return journey began. A somewhat quieter affair with the only highlight being when one of the lads managed to get stuck in the toilet and had to phone one of their Loco Parentis mums to get them out before they were sick!!!! Ah the joys of coach travel.

Finally arrived back in Lymm at 7pm and from all accounts in bed and asleep by 9:30. A great weekend was finally over.

Finally a huge thank you to the 2 people who made this happen:

Bev Scott-Herron – Organiser and loco Parentis to all the boys

Was it worth it you ask – on the journey home the lads were desperately trying to convince Bev to organise a tour next year as Senior Colts. Bev, however, feels that taking responsibility for 18 year olds on a Rugby tour is just one step too far. 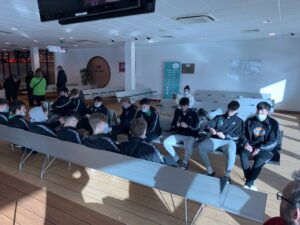 Passing time on the boat 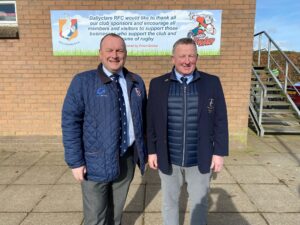 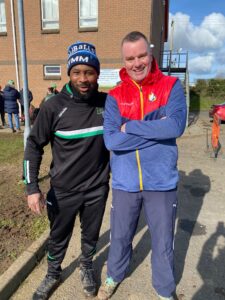 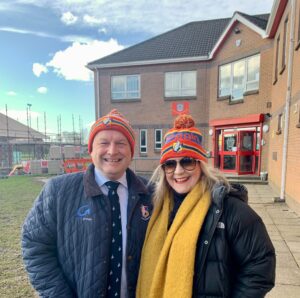 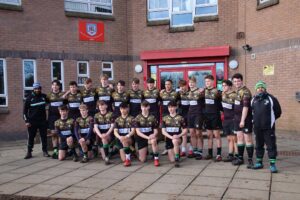 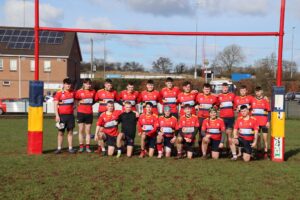 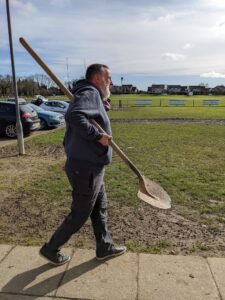 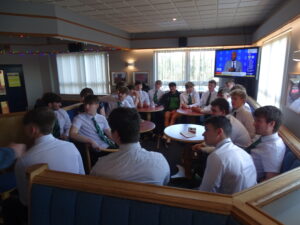 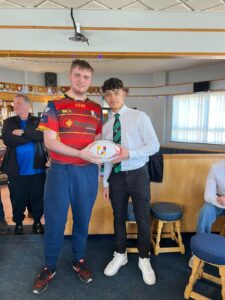 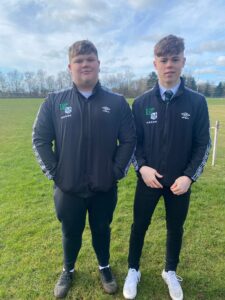 Not Playing but Touring 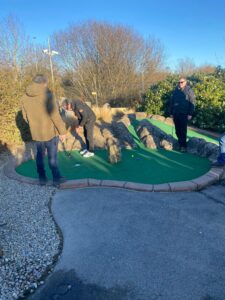 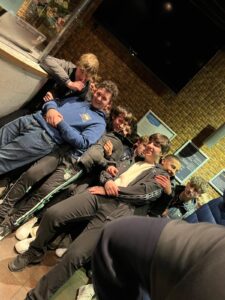 Ready for a Night Out 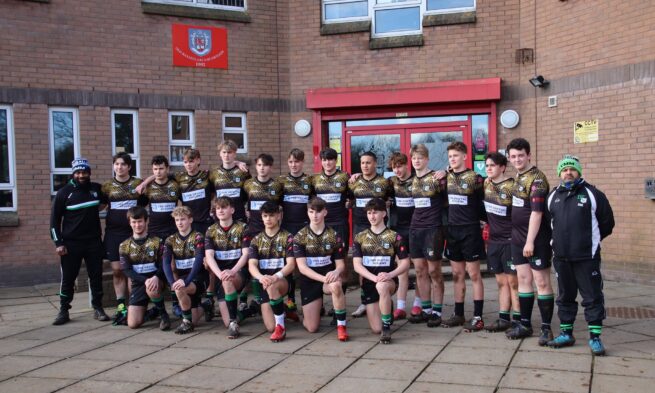