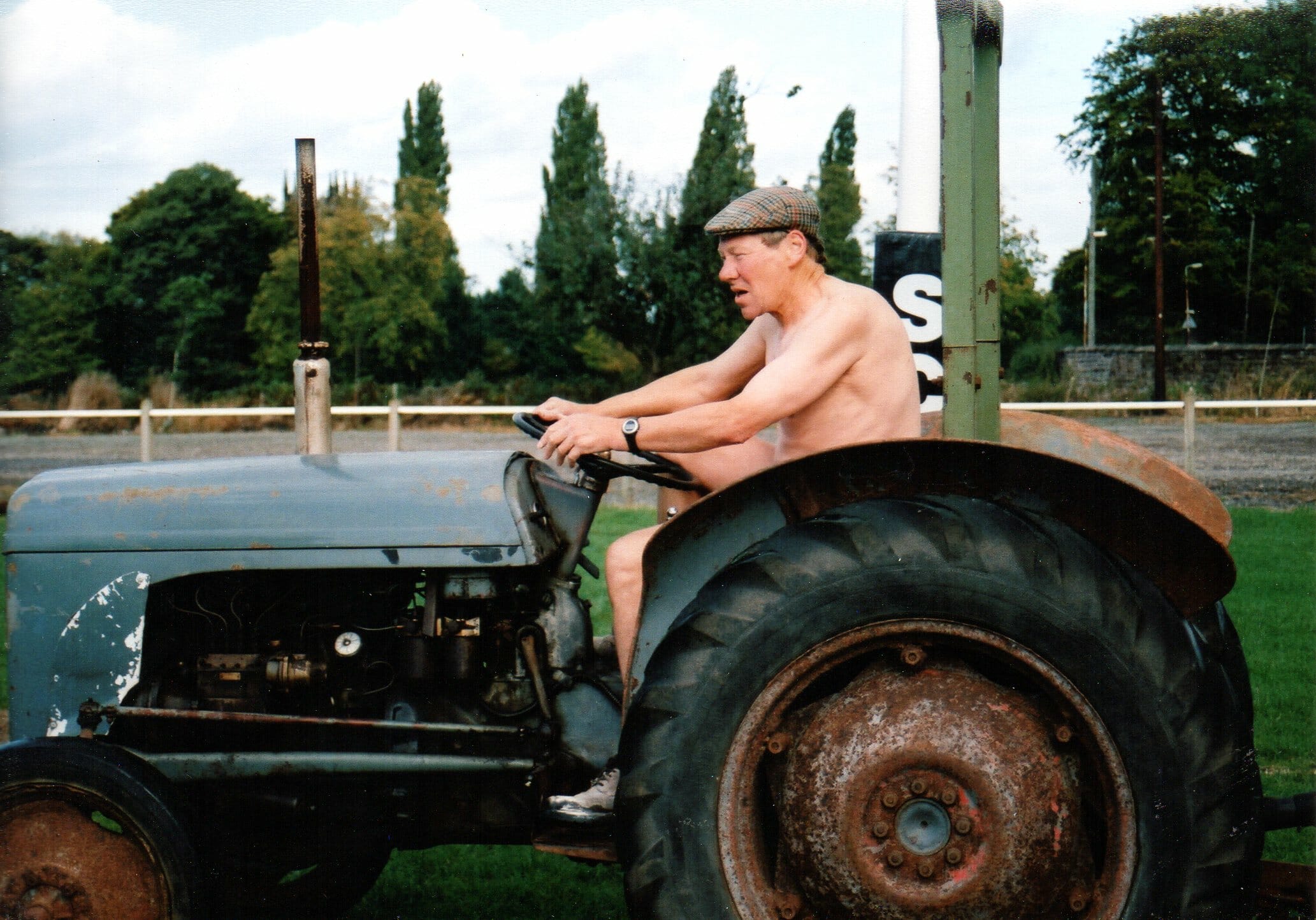 As you all probably know Jim has decided to hang up his spade and has retired from the Exec. He has been Chairman of Grounds for many years now and has led the team largely responsible for creating and maintaining our excellent playing pitches.

Jim joined the Club in 1968 at about the same time as myself so I have known him personally for all of his 51 years at the Club. At the time he was 31 and I was only 17 so I thought of him as an old fart even then. He played for the first XV for quite a few seasons latterly as a very mobile hooker. Jim always kept himself very fit and continued to play for the lower teams for many years.

His major contributions to the well being of the Club have however been off the field. He has held most of the Committee positions since he first became an officer of the Club in 1973. He has been both President and Chairman on two occasions holding those positions for a total of 13 years. I don’t know how many years there have been when he has not sat on the Committee but I bet you can count them on one hand.

More importantly Jim is an out and out Clubman and has always done his very best for Lymm Rugby Club serving us all with integrity and loyalty and humour. Who can forget when he jumped on his tractor bollock naked to appear in the 2003 Calendar. I don’t imagine there are many better in the world of rugby.

He is a tremendous ambassador and supports the first XV at home and away whenever he can. As President I have witnessed the warm welcome he receives from our opponents wherever we go.

Having given some thought on how to recognise Jim’s contribution which continues to be outstanding the Exec have decide to create a new position and Jim we would like to offer you the honour of being the very first Life President of Lymm Rugby Club.

This will be an honourable position and have no responsibility attached other than being a figurehead and ambassador for Lymm Rugby Club. It is more than justified and I do hope you will accept.

On behalf of the whole of the Club I thank you for many years of service.

I have started to sort out the bookshelves in what the grandchildren refer to as “The Office,” but is in reality a spare bedroom, when I came across a slim volume with the title, “Goodbye Eskimo Nell,” which I started to flick through.

On page 133 I came face to face with a photograph of a bronzed Adonis sitting astride a tractor. It must have been a rushed photo call because the gentleman in question has no clothes on apart from a flat cap, trainers and a wrist watch.

However, his firm steely features, rippling muscles and the way he is gripping the steering wheel suggest a man on a mission. His gimlet eyes are firmly fixed on the distant horizon no doubt looking for the first sighting of a Cheshire County Fire Brigade engine with a full tank of water and no holes in the hose pipes.

Reading the book  brought back many shared memories flooding back of our wonderful game, warts and all, as did meeting everyone from Lymm last season.

Alas our sojourn in North Premier turned out to be short lived but in between the hammerings the Alies remained upbeat, perhaps it was linked to the wine bottle count on the away games which increased exponentially as the season unfolded.

Changes have already been made at the Vale including a new Director of Rugby and Senior Coach. Our in-coming President will be a lady, the first in the club’s history, while other long serving club members have taken on the roles of Chairman and Secretary.

All the very best to everyone at Lymm RUFC  and I hope we can all meet up once again in the none too distant future.
Stuart.

The following is Jim’s reply to Stuart

At our AGM last night I was honoured to be made our club’s first ” Life President”. On top of that getting your message was a bit overwhelming but should remind us all how fortunate we are to be part of the rugby family especially in clubs like Vale and Lymm.

I sincerely hope that Vale have a good season and get back with us at Level 5 and that we stay there.

Thanks again for your good wishes,

PS. We will have a normal fully functioning President. I just get wheeled out as a crumbling symbol of what rugby does for you if you live long enough.